Pakistan and Sri Lanka on Tuesday agreed to further strengthen bilateral relations in diverse areas including trade, investment, science and technology and culture through enhanced connectivity.

We had interesting conversations on a wide range of issues of mutual interest. I want to especially thank @PresRajapaksa for the gala dinner this evening. Tomorrow I will be meeting the Sri Lankan President @GotabayaR followed by a meeting with the Sri Lankan business community. 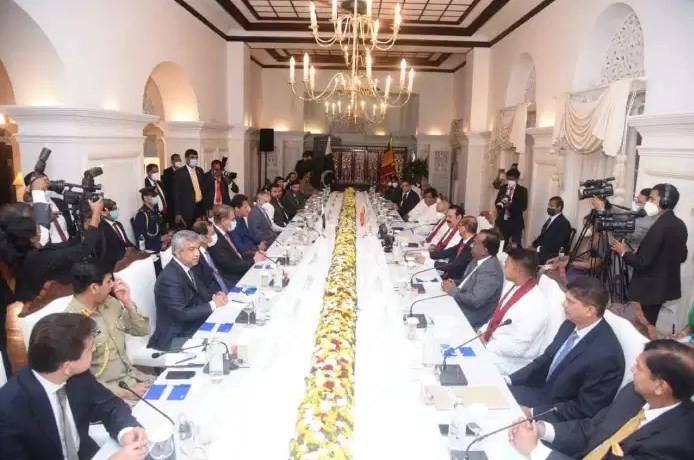 Imran Khan since Pakistan was part of the Chinese President’s Belt and Road Initiative through its flagship China Pakistan Economic Corridor (CPEC) project, Sri Lanka can benefit from the project through enhanced connectivity up to the Central Asian States.

The Prime Minister, who was in Sri Lanka on a two-day visit, said that he had asked his delegation to find ways and means to enhance trade and economic relations between the two countries through increased connectivity.

Imran Khan said with Pakistan having faced the worst kind of terrorism for 10 years which took the lives of over 70,000 and Sri Lanka also facing the menace for 30 years, the two countries shared the common problem.

He mentioned the role played by Pakistan in addressing the problem of terrorism in Sri Lanka that was hindering its progress and development.

The prime minister said with 10 years of terrorism, there hardly came any investment in Pakistan and Sri Lanka also faced similar problems.

Now Pakistan and Sri Lanka like other countries of world faced the situation of coronavirus, he added. The poor and developing nations were badly hit by COVID-19 in terms of economy, he remarked.

Imran Khan said during the talks, the two sides discussed how the poor and developing countries could get debt relief from the developed world as well as the international financial institutions.

Highlighting the gravity of economic situation faced by the developing countries due to the COVID-19 pandemic, Imran Khan said Pakistan had provided a stimulus package of $8 billion as compared to $3,000 billion provided by the United States to its people.

MoU signed at Colombo today for tourism. Together we will work on increasing no. of tourists between 🇵🇰🇱🇰 & developing Buddhist heritage sites.
Looking fwd to exciting things in store with Pakistan’s upcoming cricket tour to Sri Lanka & our work together on tourism promotion. pic.twitter.com/mFtU87zv8f

With the situation of discrepancy of resource allocation found between the developed and developing worlds to deal with COVID-19, the United Nations and other international institutions should step in to help the poor and developing nations, he added.

Coming back to the bilateral relations, Imran Khan said Pakistan having various heritage sites was home to ancient civilizations of Gandhara and Budhism. A biggest Budha had recently been found in the country, he added.

The prime minister, who extended an invitation to his Sri Lankan counterpart to visit Pakistan, also stressed enhanced cooperation between the two countries in the field of cultural tourism.

Imran Khan said he was not stranger in Sri Lanka as he had been visiting the country from his cricketing period and played matches. He recalled how Sri Lankan cricket revolutionized and became the world-class team.

He said during the meeting, the two sides agreed to enhance cooperation between Pakistan and Sri Lanka in diverse areas, including trade, investment, science and technology, education and culture.

Imran Khan and his Sri Lankan counterpart on the occasion also witnessed the signing of five memorandums of understanding (MOUs) for enhanced bilateral cooperation in the fields of investment, science and technology, and industrial technology. 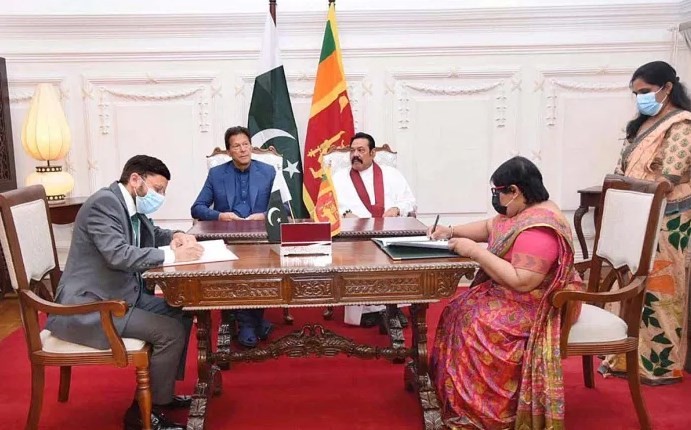 Prime Minister Imran Khan is the first head of government to visit Sri Lanka after President Gotabaya Rajapaksa and Prime Minister Mahinda Rajapaksa assumed office last year, which was reflective of the importance both the countries attach to their important relationship.

Russia, Iran tried to target 2020 US election: US agencies