Prime Minister Imran Khan recently said that Pakistan’s economy was on the right track since country’s current account balance – the difference between government’s foreign receipts and payments – recorded a surplus $424 million in July 2020. Pakistan has gone through this boom and bust cycles many times before; that is, an import-driven boom, balance of payments crisis, IMF bailout, stabilisation, a period of growth and then back to a crisis.

This time is no different. As the reputed Euromoney magazine once commented, “Pakistan holds an embarrassing world record that no self-respecting finance minister, central bank governor or national leader would ever want. Since 1958, the first time Pakistan sought assistance from the IMF, Pakistan has been bailed out by the Fund a staggering 22 times.”

When the PTI government took over in August 2018, the current account deficit had grown to nearly 6 per cent of gross domestic product from just 1.7 per cent in 2016, and the Pakistani rupee had lost 15 per cent in value against the US dollar in the prior 12 months.

Cost of a new team

Its new economic team, led by Asad Umar, had no previous experience or background in either economics or financial markets. The government secured billions in financing from friendly countries hoping that it would help secure a “better deal” with the IMF. That was a huge and costly mistake. Developing countries don’t and cannot bargain with the mighty IMF.

Secondly, markets and investors hate uncertainty. Third, treating the current account deficit as just a financing issue was not the right response. Precious time was wasted, turning a cyclical rise in energy and capital equipment imports into a full-blown sovereign debt crisis.

The foreign direct investment plunged by 60 per cent to $1.4 billion, the rupee fell by another 13 per cent during the eight months to April 2019 as the foreign exchange reserves continued to be under pressure. The aggressive drive to raise tax collections without any thoughtful tax reform program scared the local investors and damaged their confidence. 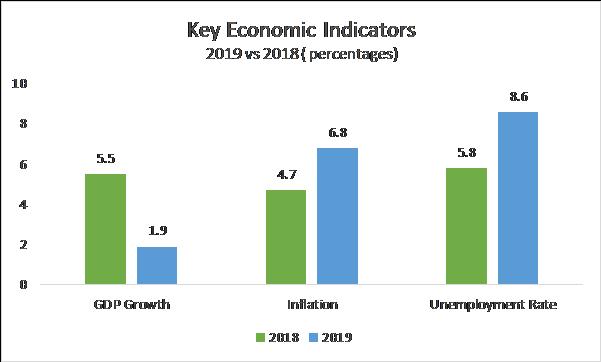 The establishment was forced to act and bring in a new team of “technocrats” to rescue a sinking economy. But what was new? Three professional economists – Muhammad Yaqub, Ishrat Hussain and Shamshad Akhtar, ran the central bank in the 16 years from 1993.

Yaqub was ex-IMF, Hussain ex-World Bank and Akhtar ex-World Bank and Asian Development Bank. And all of them managed to serve out their appointed terms. However, they failed to help bring any meaningful change. Pakistan’s establishment just doesn’t seem to get it.

The retired bureaucrats from the multilaterals can stabilise the economy but don’t have either the vision or experience to help introduce the market-oriented reforms that Pakistan needs to compete with India or Bangladesh, and in short, to become a globally competitive economy.

The role of the World Bank and the IMF has shrunk sharply in the last four decades. Foreign private investors are a much bigger source of global capital flows than these once-mighty multilateral institutions ever were.

For example, in 2019, the commitments of the World Bank Group to partner countries and private businesses amounted to around US$62.3 billion in contrast to total foreign direct investments flows of an estimated $695 billion to developing economies.

The next steps of China’s reforms, in the early 1980s and early 1990s, involved liberalization of international trade and investment, but initially only in specially designated free-trade zones

Pakistan’s ability to attract sustainable foreign investments would depend on the peace prospects in the region and how private transnational corporations and some of the largest capital-exporting countries like China, Norway, Saudi Arabia, Qatar, Kuwait, Hong Kong and Singapore view Pakistan’s prospects and its ability to provide investment opportunities.

However, Pakistan’s policymakers continue to view the world through a bi-polar prism where they have to side either with the United States or China to help Pakistan. That is a flawed world view in a multi-polar world where the economic interests (such as trade, market access, technology, etc.) have become the primary driver of international political economy and not the so-called geostrategic interests.

Here, it will be instructive to highlight one of the key indicators of how uncompetitive Pakistan’s economy has become compared to that of India and Bangladesh. That indicator is exports per capita from 1990 to 2019 shown in the graph below:

Since 1990, Bangladesh exports have increased by 6.2 times compared to Pakistan’s, measured in terms of exports per capita, and that of India by 6.8 times. As Atif Mian also pointed out in one of his papers (2014), Pakistan’s exports have continued to lag behind that of its South Asian competitors since the early 1990s regardless of whether the country had a democratic government or military dictatorship.

Exports continued to struggle despite economic liberalization and privatization and despite a sustained period of exchange rate stability with no energy shortage between 2001 and 2005. These facts suggest that the reasons for Pakistan’s ‘poor export performance are deep and structural’.

Many economists and multilateral institutions over emphasize the problem of an overvalued currency. The recent improvement in the current account deficit has been attributed to the depreciation of 22 percent in real terms since 2017 in the exchange rate, which is now market-determined. This is an old story.

Actually, Pakistan’s exports have not grown since 2013, and the FY 2020 improvement in the current account deficit has mainly been the result of more than $5 billion falls in energy imports, and a (possibly one-off) record rise in the workers’ remittances as overseas Pakistanis return following a huge surge in unemployment across the globe including in the middle east.

Tax concessions and government-guaranteed yields may have succeeded in attracting investments in the energy sector, but this is an unsustainable and wrong model

It is wrong, anyway, to focus on just the so-called twin deficits: current account and fiscal. These two are just symptoms of much broader and deeper issues, including Pakistan’s chronically low savings and investments rate compared to its GDP.

I would call them intellectual and capacity deficits. Intellectually, we don’t have a vision for a growth model. We love reinventing the wheel, although an exports-led growth model has transformed Asia in the last fifty years and lifted hundreds of millions out of poverty. We cite examples of Turkey and Malaysia while the much bigger and faster economic miracles took place in countries like South Korea, Taiwan, and Singapore.

Our leaders love to talk about China but fail to grasp the implications of its long-standing policy of investing heavily in education, particularly science and technology education, as well in heavy engineering and other capital-intensive industries.

Foreign investors looking for trained and low-cost workers found no shortage of human talent as ‘Communist’ China had invested heavily in primary education and these SEZs jump-started the labour-intensive exports-led industrial revolution that has transformed China and indeed the global economy.

China or India didn’t borrow their way to record economic growth during the last thirty years. It was achieved through a combination of policies that included liberalization of selected sectors, mobilization of domestic resources facilitated by higher savings rates, record foreign direct investment (equity not debt) flows into manufacturing, and technology transfer.

Imran Khan has three more years to change course. His success or failure would depend on how correctly he identifies the challenges and what resources and people he employs to meet those

Pakistan needs to build intellectual capital to catch up with the rest of Asia. We live in a knowledge-driven global economy, and it is impossible to conceive rapid progress without it. Tax concessions and government-guaranteed yields may have succeeded in attracting investments in the energy sector, but this is an unsustainable and wrong model.

But then, even if we can achieve a consensus on the growth model, Pakistan’s lacks capacity in management, technology, and engineering to implement a growth strategy driven by higher domestic resource mobilization and foreign direct investment (repeat equity not debt).

One curriculum or not, Pakistan cannot hope to compete internationally with the available currently the quality of talent. It is indeed worrying that Multan-Sukkur Motorway (M-5) was built by China State Construction Engineering and almost 90 percent of the $2.9 billion cost was financed through foreign currency loans from China.

There is absolutely no denying the strategic importance of China-Pakistan friendship, but progress cannot be imported or borrowed. It has to come from long term pursuit of appropriate strategies through policies implemented consistently through competent governance.

A successful national growth plan must have a 3D strategy: deregulate, devolve, and digitize. Deregulation is essential to harness the energies of the private sector (especially medium-size businesses) severely constrained by bureaucratic hurdles and rent-seeking.

Without devolution, it is impossible to provide essential services in a country with one of the fastest urbanization rates, and without digitalization, Pakistan cannot compete in a world defined by the digital divide as Bill Gates has put it.

Imran Khan has three more years to change course. His success or failure would depend on how correctly he identifies the challenges and what resources and people he employs to meet those.

Yousuf Nazar is a UK-based former independent investment manager with experience of managing private global fixed income and equity portfolios. Previously, he was head of Citigroup’s emerging markets (EM) investments and also served as its chief EM strategist covering nearly 40 countries. He has published several articles on Pakistan’s politics and economy. He is the author of a book, “The Gathering Storm: Pakistan, the Political Economy of a Security State.”

The views expressed in this article are the author’s own and do not necessarily reflect the editorial policy of Global Village Space.

As 2021 continues, dozens of new online casinos are popping up all over the net. Many players like new things and quickly identify new...
Read more