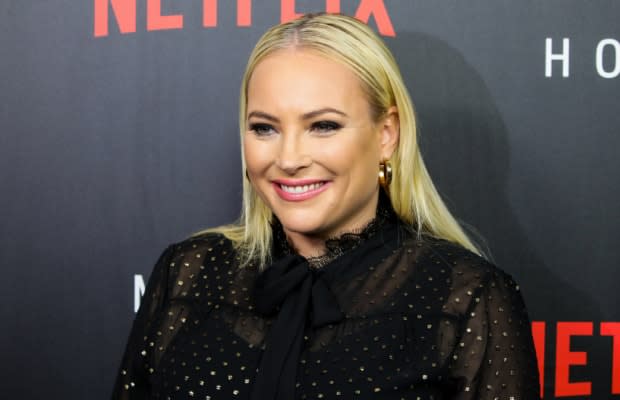 Former co-host of “The View” Meghan McCain has joined DailyMail.com as a columnist. Her first piece shall be out the week of Sept. 20.

The outlet made the announcement Thursday, with writer and editor in chief Martin Clarke saying, “Meghan’s column will be a space for her to have her uncensored say on the news of the day whether it be political, breaking news, showbiz or issues based.”

Clarke went on, “I’ve always been impressed with Meghan’s ability to generate discussion and debate and I look forward to her columns tackling what Americans are talking about.”

McCain does, certainly, generate dialogue. Her on-air statements and social media posts routinely drive day by day discourses and whereas she is an ardent conservative, she often makes headlines for criticizing Republicans and agreeing with Democrats.

“I’ve always respected the way DailyMail.com tackles issues across the entire political spectrum and I’m looking forward to sharing my own opinions without fear or favor on the important issues that matter to our readers across the globe,” she added.

McCain, who left ABC’s daytime discuss present earlier final month after repeated clashes with the extra liberal hosts, mentioned in her personal assertion, “It’s a privilege to join the DailyMail.com team as a columnist. I’ve been an avid reader of the website for many years and have been impressed by its global influence and reach. It truly is a juggernaut.”

The Daily Mail is a U.Ok.-based tabloid printed by DMG Media.

A makeshift migrant camp on Spain’s deserted Formula One circuit

‘At home’ in Afghanistan, Turkish woman opts to stay in Kabul

Moving from ‘Muk Muka’ to merit -Dr. Farid A Malik

TOOK MY VIDEOGRAPHER ON A RIDE IN TALL GUY CAR REVIEWS MCLAREN 570S! **HE...