When he first arrived at his university campus, Tom found his roommate was Muslim. He had never met a Muslim and was concerned about living with one. As far as he knew, Islam was a violent religion and most Muslims had links to terrorism. This is the reality for most Muslims Students in the UK who have been labeled and stereotyped as the ‘other’ by government programmes.

However, spending time living with Ahmed he came to know his roommate, and through him he came to understand more about Islam. He discovered unexpected similarities in their lives, common values and shared goals to complete their studies, find jobs and be successful. In Tom’s words:

I think it really cooled my previous perception… generally, everyone associates Islam with terrorism, but for me, right now, I’ve seen Islam in a different way, a uniting factor… a common denominator between people.

While Tom and Ahmed are not their real names, the situation is real and is one of many we uncovered during our research into how Islam and Muslims are perceived among students across UK universities. Our report is the first nationwide assessment, based on a survey of 2,022 students across 132 universities, and interviews and focus groups conducted with 253 staff and students at six higher education institutions.

We found that the UK government’s counter-terrorism strategy, Prevent, has reinforced negative stereotypes of Muslims and encouraged a culture of mutual suspicion and surveillance throughout universities.

However, universities can take an active role in helping to build peaceful relations on campus, and beyond, by challenging prejudice and empowering Muslim and all marginal voices. As we discuss in our forthcoming book Islam on Campus, suspicion and negative stereotypes need to be replaced with shared, equal and just understandings of who we all are.

How UK Government’s Prevent has curtailed freedoms for Muslim students

The UK government has long maintained that radicalisation is a problem in UK universities and that its Prevent strategy is an essential means to tackle it – despite the Home Affairs Committee concluding in its 2012 review of Prevent that “there is seldom concrete evidence” that universities are sites of radicalisation, and as such the emphasis placed on universities “is now disproportionate”.

We found that the Prevent strategy appears to have had the effect of discouraging free speech within universities. Students and staff of all backgrounds, and Muslims in particular, feel over-scrutinised and constantly under pressure to say the “right thing”, or to be quiet. One British Bangladeshi Muslim student said:

There is a general feeling across Muslim communities that while dissent is a very, very strong British tradition, somehow it doesn’t apply to Muslims. So when Muslims want to dissent from the mainstream, then it becomes a shared value issue, whereas otherwise, for other people in society, dissent may still hold true.

Our research group found that students who agree with the government are more likely to express negative views about Islam and Muslims. For example, students who see radicalisation as a problem on campus are four times more likely to believe that Muslims have not made a valuable contribution to British life. Those who support Prevent are almost three times more likely to see Islam as intolerant towards non-Muslims than those who believe Prevent corrodes university life.

Students and staff self-censor their discussions to avoid becoming the object of suspicion, and are sometimes discouraged from exploring, researching or teaching about Islam. Only a quarter of students said they felt entirely free to express their views on Islam in university contexts.

We heard from students who were too scared to take books from the library because they felt they may be targeted by Prevent, and others who are not accessing mental health services for similar reasons. According to Ali, a politics student:

It’s problematic, because a lot of Muslims feel that they can’t air their views, they can’t voice their opinion, because they’ll be labelled extreme.

The need to encourage intercultural understanding to prevent labelling

Despite clear evidence of unconscious bias, casual racism and discrimination, our research also revealed warm and sincere discussions between students of different faiths. We found the influence of university life enabled intercultural conversations and understanding, and that the impact of this extended far beyond campuses into the wider community and workplaces.

We recommend that universities build on this approach, empowering marginal voices on campus, including Muslims, fostering respect among students, and developing knowledge of Islam

More than 70% of students agree that Muslims have made a valuable contribution to British life, and 85% agree that the majority of Muslims are good people. We found that people from different backgrounds studying, working and living together on campus leads to the uncovering of shared values, aims, and builds enduring friendships.

Such encounters between people of different ethnicities, cultures, beliefs and ways of life provide university students and staff with firsthand insights into the lives of those they perceive as different. 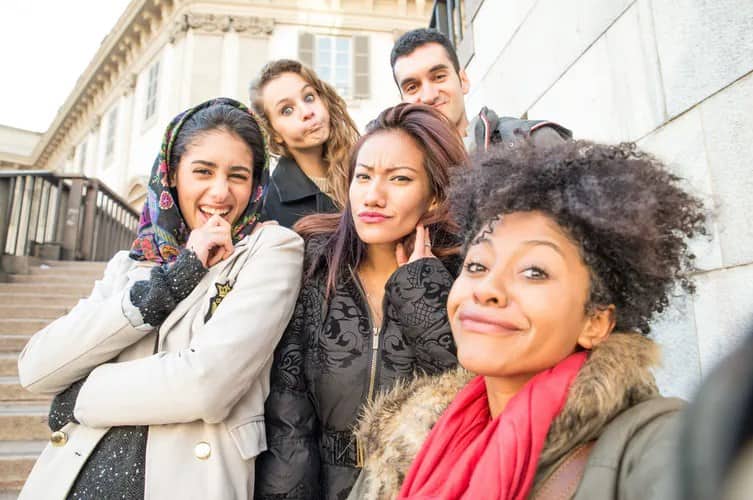 We found where Islamic Studies was taught with a decolonisation approach, where Islam and Muslims are studied as being inherent to British society rather than alien from it, this had the effect of helping to dismantle “us and them” ways of thinking. However, with only a fifth of universities stating they are decolonising their curriculum there is a long way to go.

The power of friendships in understanding better

When a quarter of all students cite TV, newspapers, magazines, news websites and social media as their most important source of information about Islam, any understanding that stems from personal relationships is significant. These personal encounters challenge negative stereotypes found on campus and in the media, and extend new narratives around Islam and Muslims back into the communities from which students have come from.

We recommend that universities build on this approach, empowering marginal voices on campus, including Muslims, fostering respect among students, and developing knowledge of Islam. Universities should encourage these sorts of intercultural encounters in the classroom, across campus and throughout the curriculum.

Palestine’s Abbas: ‘No one authorised to talk on our behalf’