France’s exposed: For financing ISIS but blaming Pakistan at FATF

The duplicity of France exposed with disclosure of official documents revealing that French cement giant Lafarge has been financing ISIS in Syria and French government was in know of this pro-terror activity.

The documents obtained by the Turkish Anadolu Agency, revealed that the cement firm had constantly informed the French intelligence of its relationship with Daesh/ ISIS in Syria.

Ironically, France has been opposing Pakistan’s removal from Financial Action Task Force (FATF)’s grey list despite the remarkable progress made by the country. Moreover, French President had also been vowing to support anti-ISIS fight in Iraq but in Syria, they were exposed to supporting the same group.

The company is said to have paid Daesh and other militants around $5.6 million between 2012 and 2014 so that production at its plant in northern Syria would not be interrupted. 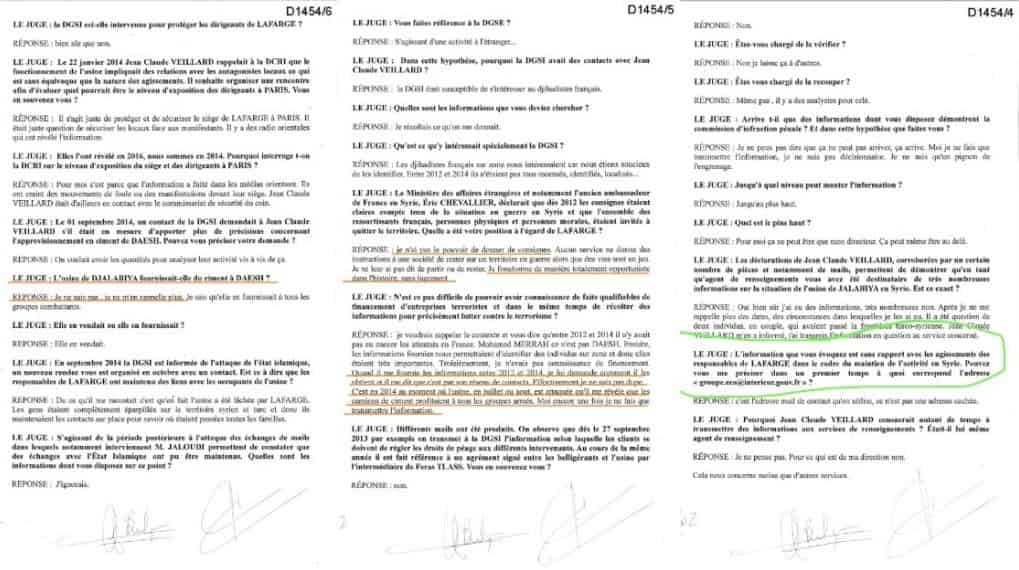 The issue surfaced in the past as well which was highlighted by the media and courts have been probing into it. In 2016-2017, French press endorsed that Lafarge financed the terrorist organization Daesh in the Syrian civil war.

In a court statement on Nov 18, 2018, French intelligence officer with the code name A.M. 02 admitted that Lafarge was his source of information in Syria and that Lafarge sent cement to all armed groups in Syria, including Hayat Tahrir al-Sham (HTS), the al-Qaida-linked terrorist group formally known as the Nusra Front.

On one of the documents Lafarge’s head of security Veillard in October 2013 wrote a note, reading “Sent to French foreign intelligence (DGSE)”.

According to report transcript, Lafarge Security Manager Veillard transferred the field information about the conflicts and the military balance between the armed groups to the French intelligence.

The documents showed that the French intelligence agencies used Lafarge’s network of relations, its cooperation with the terror groups in Syria and meetings to maintain its operations there to get news from the region.

With the supplied cement, Daesh/ISIS is known to have constructed fortified shelters and tunnel networks against the Coalition powers led by the US. 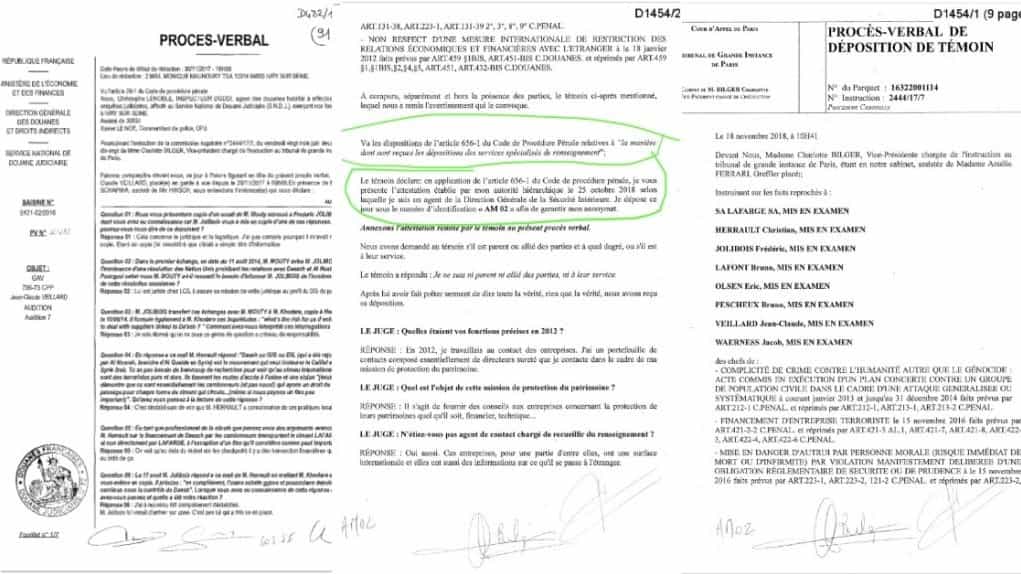 The company is also suspected of using fake consulting contracts to buy fuel from Daesh, which took control of most of Syria’s strategic oil reserves in June 2013.

Bruno Pescheux, Jolibois’ ex-factory chief between 2008 and 2014 admitted that Lafarge paid up to $100,000 a month to Syrian tycoon Firas Tlass, who gave cash to armed factions in order to keep the factory open. ISIS would have received around $20,000, he estimated.

The ruling by the Court of Cassation marks a major setback for Lafarge, which is accused of paying nearly 13 million euros ($15.3m) to armed groups including the ISIL (ISIS) group, to keep its cement factory in northern Syria running through the early years of the country’s war.

The latest revelations about France’s links with Daesh/ISIS expose western power’s inexcusable maneuvering to erode world peace while killing millions of innocent civilians especially Muslims in the name of terrorism.

Historically, the powers like France create, sponsor and finance terrorist organizations for their vested interests. Developing countries are being targeted by the US-led west for sponsoring terrorism whereas the reality is what meets beyond the eyes.

Now, having been exposed of financing Daesh/ISIS, the question arises as why France should not be put on FATF blacklist on the charges of financing and officially sponsoring terrorism. It is high time for the western countries to make judicious use of political tools like FATF and forums like G20, Quad or BRICS instead of realizing their political gains and target developing countries particularly the Muslims.

France’s exposed: For financing ISIS but blaming Pakistan at FATF