Kashmir has suffered so much that it’s hard to point a day as its darkest. Yet, February 23rd, 1991 can perhaps be called the darkest day in the history of Kashmir. On this cold and dark night in 1991, Indian army barged into the twin villages of Kunan and Poshpora in Kupwara District.

The area was already under Indian control since 1947, but had been facing political unrest since the insurgency of 1988-9; Indian soldiers celebrated their victory over the defiant Kashmiris by raping every girl & woman in those two villages.

Rigging Elections of 1987 and the Insurgency!

The history of mankind is full of conflicts, and every conflict has painful stories of brutality and inhumane actions. India – that under Gandhi & Nehru presented itself as a tolerant civilization – has unfortunately added new chilling dimensions of barbarism to a troubled human saga.

Though Kashmiris had suffered untold miseries at the hands of erstwhile Maharaja and then Indian occupation after 1947, after 1989 this turned into an unbelievable and unending nightmare. Kashmiris had always demanded accession with Pakistan, but rigged elections of 1987 – amidst a new younger generation that rejected their elders’ pacifism – sparked statewide resistance and an armed struggle for freedom from Indian occupation.

Indian army, in the world’s most militarized region, reacted with an iron hand and under the name of search operations – tortured, arrested, maimed and killed countless civilians. Enforced disappearances, fake encounters, extra-judicial killings, imprisonment without any legal process, and property destruction became a part of everyday life in the valley.

When this was not enough, Indian Security Forces used rape as a “Weapon of War” to demoralize civilians, destroy their self-respect and crush their urge for freedom. Many times, rape was used as retaliation for militant attacks on security forces. According to an investigation report of Asia Watch (Division of Human Rights Watch) and Physicians for Human Rights, published in 1993:

“Rape has also occurred frequently during reprisal attacks on civilians following militant ambushes. In these cases, any civilians residing in the area become the target of retaliation. Anyone within the range may be shot; homes and other property burned, and women raped. In some cases, women who have been raped have been accused of providing food or shelter to militants or have been ordered to identify their male relatives as militants. In other cases, the motivation for the abuse is not explicit. In many attacks, the selection of victims is seemingly arbitrary, and the women, like other civilians assaulted or killed, are targeted simply because they happen to be in the wrong place at the wrong time. Since most cases of rape take place during cordon-and-search operations, just living in a certain area can put women at risk of rape”. 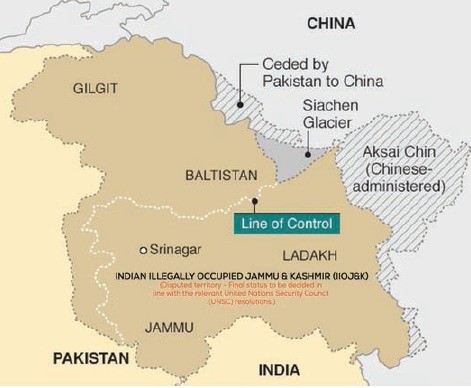 The report continues to mention, “Although Indian human rights groups and the international press have reported on the widespread use of rape by the Indian security forces in Kashmir, the use of rape in the conflict has seldom attracted much international condemnation.

What happened in Kunan & Poshpora?

On February 23rd, 1991, twin villages of Kunan & Poshpora in Kupwara District were cordoned off by 4th Rajputana Rifles, who, under cover of search operations raped every single girl and woman. The youngest victim was just 13 years of age, and the oldest was 60. The total number of rape victims may have been around 100 – but despite a local furor, no accurate records ever surfaced.

Many of these women have died during the last 30 years, and others are still waiting for justice to be served. The US Department of State, in its 1991 Annual Human Rights report, confirmed the incident, and so did the New York Times. Unfortunately, no formal police investigation ever took place about this heinous crime against humanity.

Prominent Kashmiri peace activist Khurram Parvez had once said, “What is the Indian judiciary doing for Kashmir? The mass rape case of Kunan and Poshpora is not a priority. Justice in a situation like this does not interest even the Supreme Court of India.” A young scholar from Srinagar, Natasha Rathor – along with five other women – had written the book, “Do You Remember Kunan Poshpora”.

She recently told the media: “Drawing inspiration from the courageous women of Kunan and Poshpora, and other such survivors from Kashmir who were subjected to systematic sexual violence and torture by the Indian Armed Forces, and who are fighting for justice since the last 28 years now, every year since 2014, commemorate the February 23rd as “Kashmiri Women’s Resistance Day.”

“Kashmiri Women’s Resistance Day” is thus an effort to recognize the struggles of women living under the Indian occupation, to bring to the forefront the experiences of living in the world’smost densely militarized zone, and to fight against forgetting.”

Rapes by Indian Security Forces are still widespread in Kashmir. During counter-insurgency operations, attacking Kashmiri women has become the easiest way to retaliate. Unfortunately, despite thousands of rapes in Kashmir, so far, not even a single military or para-military person has been convicted of his crime.

In May 2009, the abduction, rape and murder of two young girls, Neelofar (27th January) and her sister-in-law Asiya (17th January) in Shopian, was initially declared as ‘death due to drowning’ – in a stream that was less than 3 feet deep. After month-long statewide protests, enquiry commission declared that both were gang-raped, tortured and murdered. No one has ever been convicted of these crimes.

Another extremely painful case took place in Kathua, Jammu (February 2018), when a young girl of eight years, Asifa Bano, was abducted, tortured, sedated, gang-raped, and then brutally killed by seven men in a Hindu Mandir. Her torn off body was found in a nearby jungle. These are just a few examples of Indian civilization’s tight embrace of innocent Kashmiri civilians.

We, the Kashmiris, need thousands of pages to record these cases. Yet, that may be useless, for we know that the reach of Indian deep state is far more pernicious than imagined by most Indians, Pakistanis and those living in the west.

Mysterious disappearance of Kashmir Report from the US Congressional Library

My argument on the hold of this deep state around Kashmiri lives would remain incomplete if I did not mention this strange episode. The US House of Representatives’ Committee of Government Reform’s Sub-Committee on Human Rights had once conducted a detailed hearing about Human Rights violations in Kashmir.

Read more: Myth of Accession: A History of Kashmir

Later a comprehensive 121 pages report titled “Decades of Terror: Exploring Human Rights Abuses in Kashmir and Disputed Territories” was submitted to the Congress recommending the President of United States to declare ‘Genocide’ in Indian-Occupied Kashmir. Interestingly, before anything could have been done, this report mysteriously disappeared from the Congressional Library.

Among many others who testified was Mr T. Kumar, Advocacy Director for Asia: Amnesty International. In his brief opening statement, Mr Kumar said, “The Government of India’s armed forces, as well as the police, are involved in massive human rights abuses. I want to emphasize the term “massive”.

Thousands disappeared. The families did not know what happened to them, and they are still looking for their loved ones. Thousands were imprisoned and are still imprisoned. Quite a few people are executed, and thousands were tortured and raped. So, we have documented all these things, including rapes, which is very unique of certain issues there.

We live in a civilized society where even one rape is too many. And when we see thousands of gang rapes in Kashmir, our heart bleeds. One particular incident of mass rape in Kashmir is a challenge for the entire civilization.”

Appeal to Pakistan and its people

Every now and then, we hear echoes of victims of mass and gang rapes by Indian army in the media around the world. It’s very painful to share that I have never seen these grisly episodes highlighted in the Pakistani media.

In fact, members of Parliamentary Committee on Kashmir, several Pakistani diplomats, mainstream Pakistani media, including some very well-known anchors and even political leaders are completely unaware of this most painful aspect of the Kashmir conflict. Remember, February 23rd, 2021, will be the 30th Anniversary of ‘Mass Rapes’ in the twin villages of Kunan & Poshpora.

I hope that Pakistani media, Pakistani parliament (in general), Kashmir Committee (in particular), Pakistani Embassies, AJK leadership and most importantly, the people of Pakistan will feel the pain and agony of rape victims and will commemorate February 23rd as National Day of mourning. I also hope that no household will use any Indian products for at least one day and will boycott Indian movies.

The writer, Ambassador Malik Nadeem Abid, is Secretary-General of International Human Rights Commission, a New York-based inter-governmental organization, born and raised in Pakistan to parents who migrated from Kashmir Valley. He can be reached at MNA.NewYork@gmail.com – The views expressed in this article are the author’s own and do not necessarily reflect the editorial policy of Global Village Space.