Images of Turkish actor, Engin Altan Duzyatan, playing with a Lion in Pakistan went viral on social. The actor also gave a tribute to legendary poet, Allama Iqbal during his visit to his tomb on Friday.

Duzyatan also visited the iconic Badshahi Mosque in Lahore. Pictures of him with the Khateeb of the mosque went viral on social media. Duzyatan shared his visit to the tomb of Iqbal on his Instagram account. He also posted the image of the number of bouquets he received on his arrival in Pakistan. Altan was on a two-day trip to Pakistan and landed in Lahore on Friday. 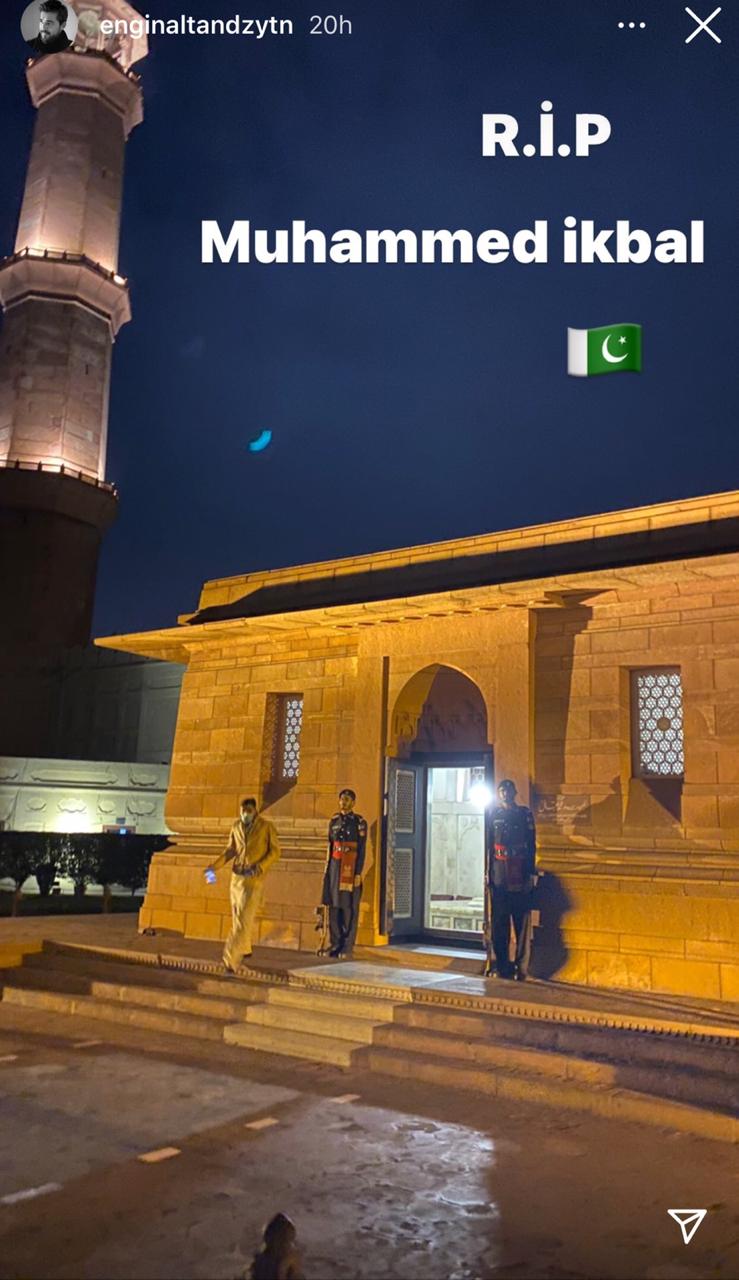 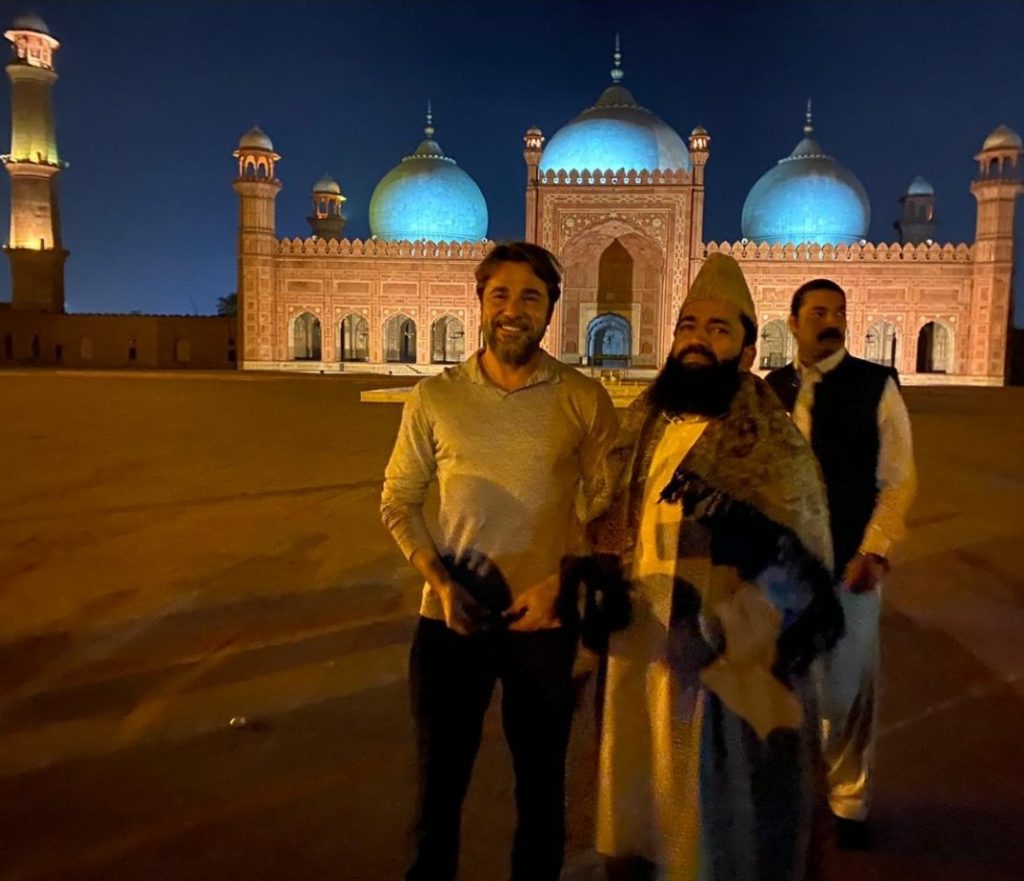 Besides talking about his brand endorsement deal, he said that he is open to working in Pakistan’s entertainment industry if he is offered the right opportunity.

The pictures of Altan interacting with fans and followers circulated on social media yesterday night.

His picture with a pet lion of the organizer also created abuzz on social media. However, the Turkish actor on his surprise visit to Pakistan revealed that he made a tour to sign a brand endorsement deal with a private textile company in Lahore.

He was presented with a sword and a bouquet on his visit. He was showered rose petals upon his arrival. The Ertugrul actor addressed a press conference in a private hotel on Friday in Lahore.

In his press conference, Altan praised the reception and hospitality he is receiving in Pakistan. He also said a popular slogan ‘Lahore Lahore Aye’ (Lahore is Lahore) and Shukriya Pakistan (Thank You Pakistan). 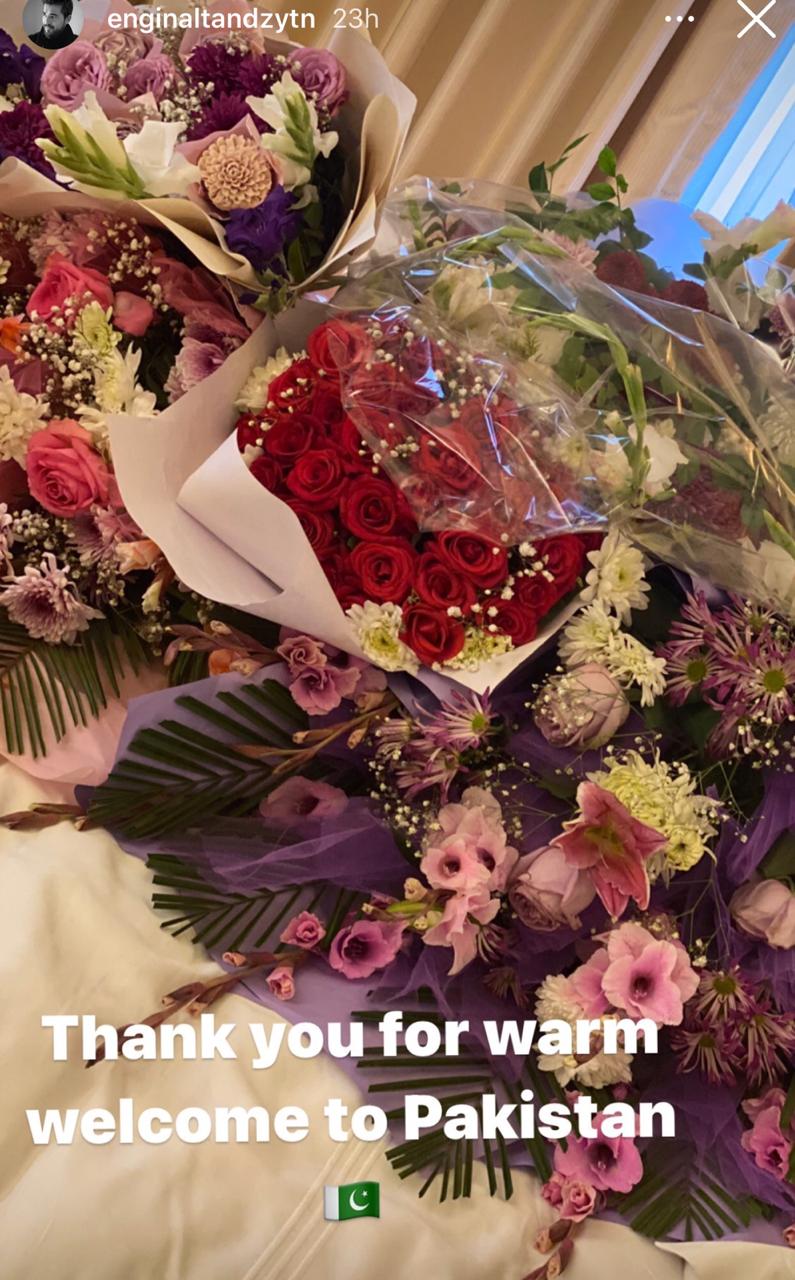 He thanked Prime Minister Imran Khan for appreciating the series Dirilis Ertugrul and his performance. He said it is an honor for them that Pakistan loved the series. He added that he and his teammates had poured in a lot of hard work and efforts in the series that resulted in the form of extreme adulation from Pakistan.

He said that this is his first tour to Pakistan and he would love to explore the country if he gets to visit again in the future. The Turkish actor said that he is aware of the rich landscape of Pakistan.

Altan said that he was aware of the love and appreciation for them that he witnessed during his visit to Pakistan.