The highly-anticipated Pakistani drama, Khuda aur Muhabbat 3, has been garnering massive appreciation on social media from Pakistani audiences as wells as Turkish actors.

Turkish actor Celal Al, who is playing the character of Abdur Rehman in the series Dirilis Ertugrul and Kurulus Osman took to his Instagram account and praised Pakistani actor Feroze Khan for his phenomenal performance in the first teaser of Khuda aur Muhabbat 3. 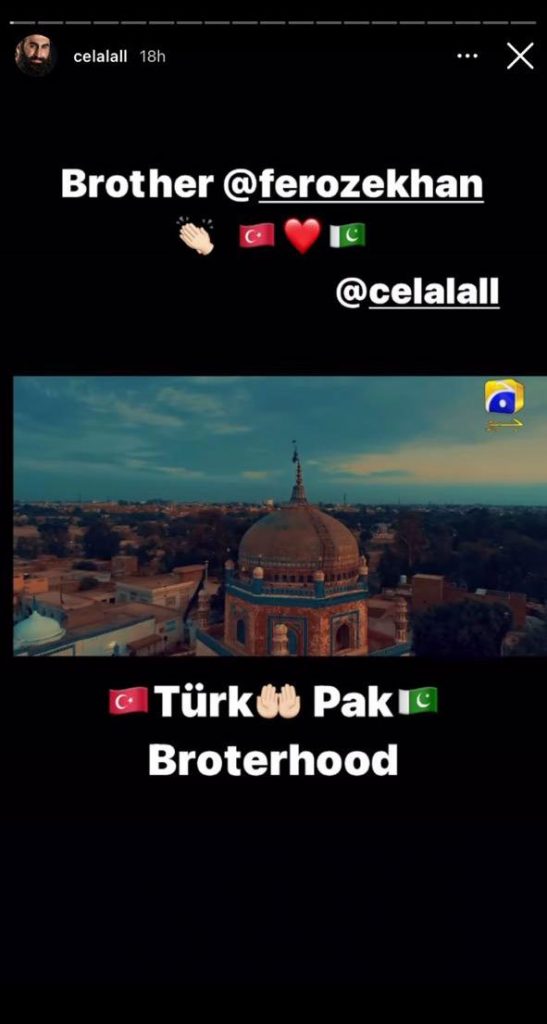 The production house has released the third trailer of the series recently. Celal Al had shared the first trailer of the serial on his Instagram account. He called Khan ‘brother’ and hailed the Pakistan-Turkey brotherly relations.

Meanwhile, the first look of the series released on YouTube on January 1st has amassed more than 1.7 million views in the past three days.

Khan is pairing up with Iqra Aziz for the first time and fans are excited to see how their on-screen chemistry plays out in the serial.

The production company is expected to reveal the details of the serial soon. Currently, they are amusing fans and followers with the intriguing teasers of the series.

Khan is set to make a comeback on the TV screen with Khuda aur Muhabbat 3. Earlier, the actor had announced to quit the showbiz industry on religious grounds.

“My Sheikh ordered me not to quit showbiz.” Elaborating further, he explained how his mentor believed the industry was a medium to spread the ‘paighaam’ of religion” said Khan in his recent interview.

Biden says he’ll shut down US to include coronavirus: Live