Disney’s Mulan has been the subject of controversy from the moment it was announced. Although the Mouse House tried its best to keep the movie’s chances of success at a high, the Coronavirus pandemic, among other issues, made the film a disaster all around.

Released digitally in US and in parts of the world where COVID conditions made it unsafe to flock to theaters, the movie was dead on arrival even overseas where it could have done better. However, that is a poor reflection of the actual film itself which is a riveting watch.

Directed by Nikki Caro, Mulan is a contemporary take on the classic Disney movie. The story is set around a character named Mulan who bravely steps up and impersonates a man to enlist in the army. This is because the Chinese Emperor releases a mandate requiring every household in China to send one male member of the family to the army.

With her old father already being injured, Mulan realizes that him going to war would be a death sentence and thus sneaks off in the middle of the night, posing as her father’s son in the army.

Although Mulan isn’t revolutionary as a war movie or a Disney film, it is a marked improvement over the recent slate of live-action adaptations of the brand’s animated feature films. From Beauty and the Beast to Jungle Book, Disney has taken to using people’s nostalgic memory for these classics to lure viewers in for the live-action versions. However, Mulan, being a female lead war film, offers more bang for the buck both story-wise and visually.

This Disney film is exquisitely shot, packed with inarguably the best cinematography to come from the studio in recent years. There is more to like about the film though, Yifei Liu proves why she is such a huge star in China, with measured and nuanced handling of her fierce warrior role.

Other impressionable roles include that of Donnie Yen’s Commander Tung and Yoson An’s role as Mulan’s friend and love interest. However, the two actors who really make the movie shine are Tzi Ma as Mulan’s stern but very caring father, and Gong Li as a mysterious witch. 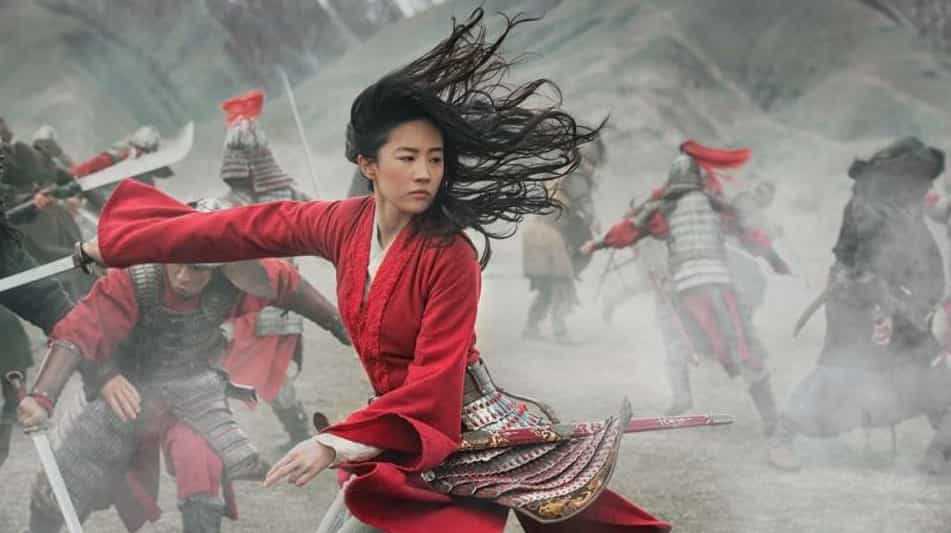 Ma has taken it upon himself to become the definitive Hollywood Asian father thanks to his contribution to a string of well-received American films. Here his work remains as gentle and moving as ever.

The biggest surprise of this movie is Gong Li’s witch, Xianning, a character that was never in the original Mulan but is a vital addition to this film. Using her story to juxtapose between Mulan’s journey is a clever idea and one they execute well by painting Xianning in shades of gray.

If only they had committed to making the Big Bad half as impressive. Jason Lee Scott plays Boric Khan, a riff on the Mongol conqueror Genghis but one that is a filmic paper tiger. The film has no desire to develop him and make him somewhat fearful or complex, instead, he pretty much comes and goes without leaving an impact.

Although Mulan was a good original story to begin with, the changes Disney makes to the classic – stripping it of much of its fantasy elements and songs for starters – do work in the film’s favor, creating a more grounded version of the tale.

Sadly, Disney isn’t as committed to making the war scenes spectacular and bloody, which makes sense given the Disney brand, but undercut the tension from the film. The action, while entertaining, doesn’t leave you breathless for more and wouldn’t stick with you after the credits roll.

Still, there is no denying that Mulan is very watchable and will appeal to different demographics. With great pacing, sound design and cinematography, Mulan may skirt from the uncomfortable pains of war, but it is nonetheless a gratifying take on the beloved animated film.