After “four dark years”, and three days of uncertainty, President Trump bid farewell to the Oval Office. The whole world watched with bewilderment, amusement and perhaps even disdain as the United States of America went to war with itself. The Blue-Wave anticipated by the Democrats never materialized. And maybe one key takeaway from the indecision that ensued is the existence of deep-divisions between the Red and Blue political divisions.

From the building of walls, or allowing diversity to flourish; protesting against globalization and multilateralism, strengthening or weakening global commitments; between making America Great Again, or believing that America’s greatness is a reality; and between purely pragmatic or partially ideological endeavors; in this entire process, one unspoken consensus exists between both the Red and Blue – it is on the rise of China and the need to contain it.

When China joined the World Trade Organization in 2001, President Clinton hoped that with economic reform and opening the Chinese people to the world, true ‘political reform’ would eventually follow. However, China strengthened its capitalism, experienced unprecedented growth, and empowered its middle class, while maintaining Chinese characteristics.

The logic that democratization in the Western sense would inevitably follow economic growth and deeper integration with the world was falsified, and instead, China maintaining its political system has progressively assumed a role of significance, second only to the United States, in global governance. 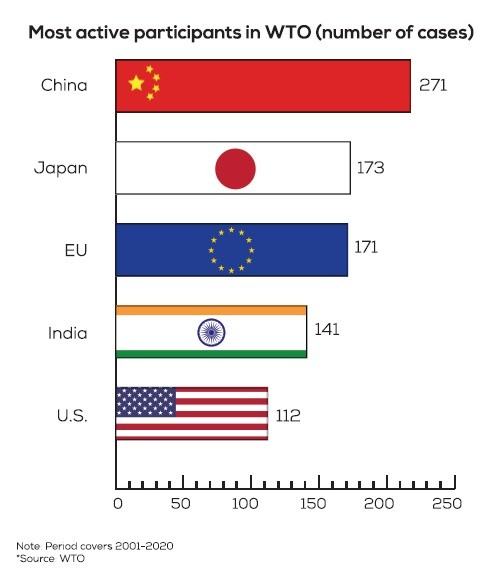 In 2013, China announced the Belt and Road Initiative (BRI), and in 2017 the Asian Infrastructure Investment Bank (AIIB) was established, with stakeholders from Europe to Asia, as an alternative for developing countries to meet their growing infrastructure needs.

The Conversation on Dialogue of Asian Civilizations (CDAC), China International Import Expo (CIIE), enlargement of the Shanghai Cooperation Organization (SCO) – to include Pakistan and India as members in 2017 – and the Forum on China-Africa Cooperation, endorse China’s increasing global commitment and support for multilateralism, and as a result, growing influence.

Read more: US envoy to UN criticizes China in talk with Taiwan leader

In 2020, COVID-19 served as another testament for China’s system and society. The country has not only defeated the virus and stabilized the economy, but also above all, prioritized saving lives, and served as a roadmap for many countries.

China maintains the position that it has no intention of challenging the existing global order and aims to contribute to international development. However, few would dispute that we are transitioning away from a unipolar order towards multiple spheres of influence emerging – Beijing being the most significant.

Since 2016 China-US relations have experienced unprecedented deterioration with no political dialogue, rising mistrust, and no substantive cooperation. Chinese netizens often use the term “Chuan Jianguo”, which translates to “Trump builds China”. The irony of the term is loaded with a sense of vulnerability.

With his direct attack on China, Trump has strengthened the resolve for the nation to unite, made the people aware of the need to become self-sufficient to be ‘safe’, and that a real gap exists which needs to be bridged. In 2017, the Quadrilateral Security Dialogue (QUAD)–an alliance between the US, Japan, Australia and India–was revived, to target ‘China’s territorial ambitions in the South China Sea’.

The US-China trade war began in 2018 when President Trump imposed trade tariffs on China – and after two years, a phase-one deal was reached in January 2020. Shortly after, tensions emerged amidst COVID-19 when President Trump resorted to accusing China of spreading the virus and held Beijing responsible for a mounting death toll in the US – and causing the global pandemic.

Allegations against the BRI, banning Huawei, and deepening ties with Taiwan are among many actions by the Trump Administration to ‘contain’ China’s rise and dissuade countries from deepening cooperation with Beijing.

Trump’s final attempt to demonstrate a tougher stance on China, and perhaps to strengthen alliances, came just a week before the election as New Delhi and Washington signed the Basic Exchange and Cooperation Agreement for Geo-Spatial Cooperation (BECA).

Read more: How to materialize a US-China arms control treaty

In the Chinese strategic mindset, ‘safety’ is a core concept. With the Trump Administration’s direct attacks, regardless of whether the US policy would shift towards Beijing, there is a strong realization that China needs to improve, acquire advanced technology, and diversify its economy further. And China has been forced to go ‘all-out’ for prosperity.

The Trump Administration’s erratic posture towards traditional allies of the US may also have lasting consequence. Declaring NATO obsolete, calling out European allies to ‘pay their fair share’, pulling out from the Transpacific Partnership in 2017, breaking the Iran Nuclear Deal in 2018, and announcing a hasty withdrawal of troops from Afghanistan and Iraq (just before the election) to ‘end the wars’- whether rational or not – have resulted in a state of ambiguity. 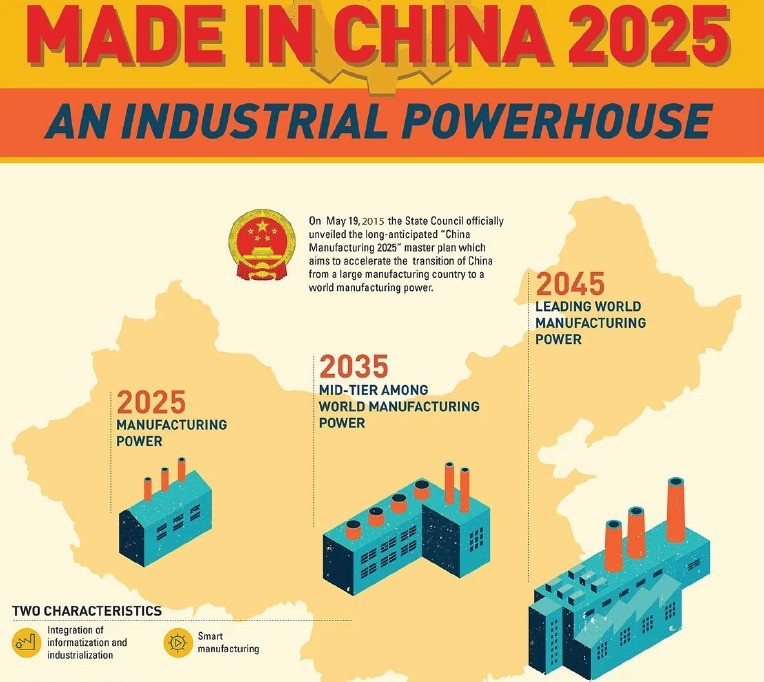 Adding fuel to the fire was quitting the Paris Agreement at a time when climate change is one of the highest policy prerogatives for the EU, and leaving the WHO during the COVID-19 pandemic. While Biden in his campaign constantly reaffirmed the resumption of US’ global commitment to allies and strong support for multilateralism, one of his first Executive Acts as President has been to reaffirm American adherence to the Paris Agreement.

However, the fact remains that the American people are entirely capable of electing a President who may not safeguard their interests. And in some cases, such as the withdrawal from the Iran Nuclear Deal where the global financial system relies disproportionately on American institutions and countries do not have much choice, they may now fear American instability over policies.

Balancing between China and the US is a likely trend, which will continue. Whilst China and the EU may have mistrust between them; however, effective bilateral mechanisms have been established to further economic and cultural cooperation while strengthening political trust. 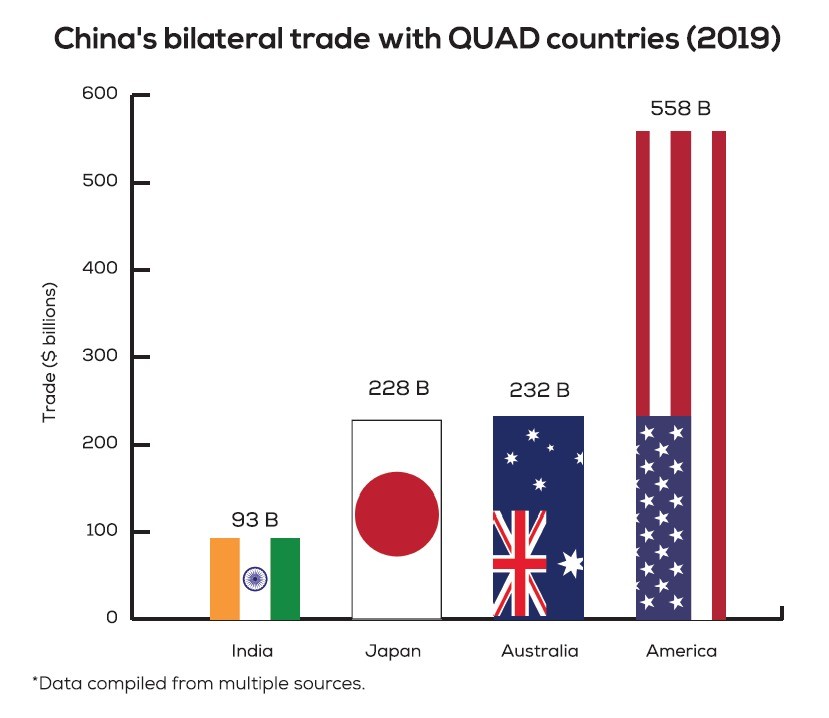 Throughout the COVID-19 pandemic, European allies did not echo President Trump’s harsh remarks on China. Similarly, during Mike Pompeo’s final visit to India, Sri Lanka, Maldives and Indonesia – the fight against “the free world and an authoritarian dictator” wasn’t reciprocated with equal enthusiasm.

If there were any misgivings about Trump’s China policy being unique to his administration, they must be discarded. Throughout the Presidential campaign, President Trump was not criticized for being too harsh on China, but rather for being ineffective in doing so. On the campaign trail, Biden pledged that he will make China’ play by the rules’ and that China’s trade deficit has ‘gone up not down’.

Read more: China condemns Pompeo for latest US sanctions orchestrated in his last days in office

So, what can be expected is a change of policy, not a fundamental purpose. The Biden administration is likely to strengthen global governance and lead to more stability, which is beneficial for the international community at large, including China. And as far as US-China relations are concerned, more predictability is expected, but a friendly attitude towards Beijing seems far from reality.

Simultaneously, China’s rise is a reality that the nation has a strengthened resolve to achieve. For the Chinese people or government, the US is not perceived as an enemy nor a threat; but a country that China has, can and desires to continue cooperating with and learning from.

However, unless China reaches a point of relative equality, attempts by the US’s to suppress and contain it will be unavoidable. This suppression can manifest as attacks on China’s economy, technology, domestic affairs, and political system. And whether it is Trump, Biden or any other President in the future – Beijing can expect conflicts to escalate till China surpasses the US’ GDP. That historical moment can potentially mark the beginning of an era of peaceful competition and mutual respect.

Zoon Ahmed Khan is Research Fellow, Belt and Road Strategy Institute at Tsinghua University. She is also an Anchor, at China Economic Net, covers International Relations focusing on Chinese Foreign Policy, Belt and Road Initiative, CPEC and Eurasian Connectivity. She studied Political Science from Lahore University of Management Science (LUMS) and later studied International Relations at Tsinghua University. She tweets @Zoon_AhmedKhan. The views expressed in this article are the author’s own and do not necessarily reflect the editorial policy of Global Village Space.