The dynamics of subcontinental terrorism before and after Taliban takeover

US reality show “Activist” gets backlash for trivializing “activism” from Jameela Jamil, a feminist activists. This new US reality show that depicts activists fostering charitable causes against each other employ social media as a metric for their success has ignited questions and trolls along with severe backlash by social media. Though CBS executives described the show as “groundbreaking” and said it hoped it would inspire viewers, the conspiracy ignited through this reality show reflect otherwise.

The Activist, whose launch was announced this week, will be broadcast on the American network CBS in October and co-produced by non-governmental organization Global Citizen, with celebrity hosts such as the singer Usher, actress Priyanka Chopra and dancer Julianne Hough.

Read more: Celebrities who flew to Canada were also performing their civic duty

The audience will follow the adventures of “six activists from around the world working to bring meaningful change to one of three urgent universal causes: health, education and the environment,” CBS said in a statement.

“The activists will compete in missions, media stunts, digital campaigns and community events aimed at garnering the attention of the world’s most powerful decision-makers, demanding action, now,” it continued.

The finale will take place at the G20 summit in Rome in late October, where the budding activists will meet with world leaders in hopes of securing funding and raising awareness for their cause.

Read more: Life was anything but a fairytale, says, Meghan Markle in biogpraphy

But the backlash was swift, with social media users accusing the show of trivializing such causes at a time when in many countries activists are being jailed or otherwise repressed in their bid to stand up for human rights.

“Couldn’t they just give the money it’s going to take to pay this UNBELIEVABLY expensive talent and make this show, directly to activist causes? Rather than turning activism into a game and then giving a fraction of the much needed money away in a ‘prize…?’ People are dying,” tweeted actress and feminist activist Jameela Jamil. 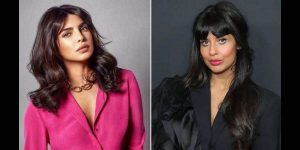 “Fighting for issues is tough enough without having to dance and sing for a bunch of millionaires while they decide who’s worthy of their crumbs,” wrote Nabilah Islam, an American activist and former Democratic congressional candidate in Georgia, on Twitter.

“This is not a reality show to trivialize activism,” Global Citizen said in response to the backlash in a statement to Deadline.

The aim, said the organization, “is to support activists everywhere, show the ingenuity and dedication they put into their work, and amplify their causes to an even wider audience.”