Black Friday hasn’t been this late in November since 2013.

But did you really think retailers would let us go the entire month of November without being teased by early Black Friday deals? Good one.

The “Cyber Five” is what the shopping industry calls the five-day span of madness from Black Friday to Cyber Monday. While Black Friday *used* to be the one big savings day (do high schoolers still think it’s cool to go the mall at 3 am to raid Victoria’s Secret?), there is now nearly a week of savings.

Or, hell, afew weeksof savings: Best Buy dropped its Black Friday ad in early November, and along with it came a slew of items that are already tagged at their Black Friday price. Walmart already has the Ninja Foodi at the same price that’s listed as a doorbuster in Macy’s Black Friday ad and put a bunch of stuff on sale a full two weeks out from Thanksgiving.

SEE ALSO: What not to buy on Black Friday 2019: Here’s what we’re passing on this year

One survey by Deloitte even found that more shoppers are planning to shop on Cyber Monday than Black Friday.

The question arises this year more than ever: Should you snag a deal on Black Friday or see if it gets cheaper over the next few days?

Black Friday 2019 may be the definition of chaotic energy, but getting organized and knowing what you’re looking for will have you shopping like a well-oiled machine. This guide tells you where to get updates on the best deals, how to take advantage of coupons and discount codes, what apps to sign up for, and how to be automatically alerted when a price drops. This Black Friday, you can actually enjoy online shopping instead of feeling like you’re in the fire alarm episode ofThe Office.

We’ll spare you the sports references, but going into Black Friday without a game plan is risky as hell.

Our master list of official ad scans provides an organized way to track down items you want. As soon as sales start to go live on Thanksgiving, the master post will be updated on the regular with new deals (and the ones that have sold out).

Here’s what to expect:

Until then, our friends at BestBlackFriday.com have been helping us sort through the full ad scans (which are anywhere from 40 to over 100 pages) to pull the best deals from each store and compare prices on the same items. You can also check out our mega post of all the best deals from to see how on top of shit we are.

It’s like having your own personal shopper, but ~free~ and won’t judge you if you order a 48-pack of Pop-Tarts because it’s on sale.

According to a survey of 5,000 consumers done by BlackFriday.com, Amazon’s Black Friday ad is the most highly-anticipated ad of the year. That’s not surprising — Amazon tends to have some of the sweetest discounts of the year. The funny part is that Amazon doesn’t even release a traditional ad scan ahead of time. It’ll give us a taste with a list deals on of Amazon-specific devices like Echos and Kindles, but as for TVs, headphones, air fryers, and other deals? Amazon’s like “Y’all can wait.”

Luckily, downloading Amazon Assistant keeps you a step ahead of the game when trying to compare prices. If you’re shopping on another site and want to see if Amazon has a better deal, the Amazon Assistant automatically pops up and gives you Amazon’s price on the same product. It’s basically the computer version of smartphone notifications and is a lot faster than switching tabs. You can also create a wishlist to get notifications when certain items go on sale.

Once you’ve placed an order, you can also track your orders on Amazon Assistant (because we all know the feeling of checking the shipping status 20 times a day). Add the extension to your browser here.

On the go and shopping from your phone? It’d be smart to download mobile apps from your favorite stores — Walmart, Target, and Amazon are three biggies that will be clutch. They’ll obviously be plastering their biggest deals across the screen, making things organized and easy to navigate even on a bumpy commute or at a loud relative’s house.

The store maps on both Target and Walmart’s apps will switch over to a Black Friday map version and will show you where to find the physical location of an item in the store, which will be helpful if something has sold out online. Each app also features a barcode scan feature, so if you’re shopping in the store and come across something that’s too big to take home, sold out in the size you want, or that needs to be shipped elsewhere as a gift, just scan the tag and you’ll be taken to the listing online.

The Amazon app even has an “Upcoming” tab, where you can see deals 24 hours before they go live. This will be extra handy for avid Prime members as Amazon doesn’t release an official Black Friday ad scan like most retailers do.

So technically, it’s reallyour jobto find the best deals, but we’ll let you in on a little secret. When shopping deals at Amazon, we always reference CamelCamelCamel to see the historical data on the sale prices for a particular item. At a glance, it allows you to see just how good that deal actually is.

Not all heroes wear capes. (It’s us. We’re the heroes.) Mashable’s Black Friday page is the hub forprettymuch every Black Friday sale that matters, with links to all of our coverage, like that massive master list of the best Black Friday 2019 deals plus spotlight deals broken down by retailer (Walmart, Amazon, Best Buy, etc) as well as by categories like TVs, Instant Pots, or DNA kits. This will save you from wasting time to trying skim websites on your own and getting overwhelmed.

If you’re trying to get some shopping done early, any pre-Black Friday deals we find can be found here, as well as early deals that we think might be even cheaper on Black Friday.

Stores alsoloveto throw in sneaky coupon codes or freebies in the fine print (Macy’s is offering multiple mail-in rebates that get you a mini slow cooker or plush throw blanket for free). Two stores could be offering the same price on an Instant Pot, but some “extra $10 off purchases $50 and over” type of situation could be your deciding factor. These can be easy to miss when you’re in a hurry to order, so we’ll let you know when we spot one.

We’ll be tweeting of the best deals as soon as we see them, as well as providing links to our roundups for big product categories (like the best Black Friday 4K TV deals or whatever). This will help you stay organized so that you don’t have to refresh each of your tabs every 30 seconds.

If you’re really feeling ambitious, turning on smartphone notifications makes sure you see every time we tweet out a new deal — because not everyone refreshes Twitter religiously like we do, apparently. There is also a if you’d prefer updates on there.

Not about to be glued to the internet during family time? Cute — we will be, though. Here’s the schedule for the week if you want to stay in the loop via email:

In the weeks leading up to the big sale days, our regular Tuesday and Thursday newsletters will be filled with pre-Black Friday deals that you may want to hop on early.

is also just a clutch thing to get in general. True, we’re probably biased, but we really think this is one email youwon’tbe annoyed with when it pops up in your inbox. Twice a week (so no, we won’t flood you), you’ll be sent a quick rundown of deals we think you’ll care about, like Amazon’s daily lightning deals or that Spotify Premium and Google Home Mini deal that everyone freaked out about. 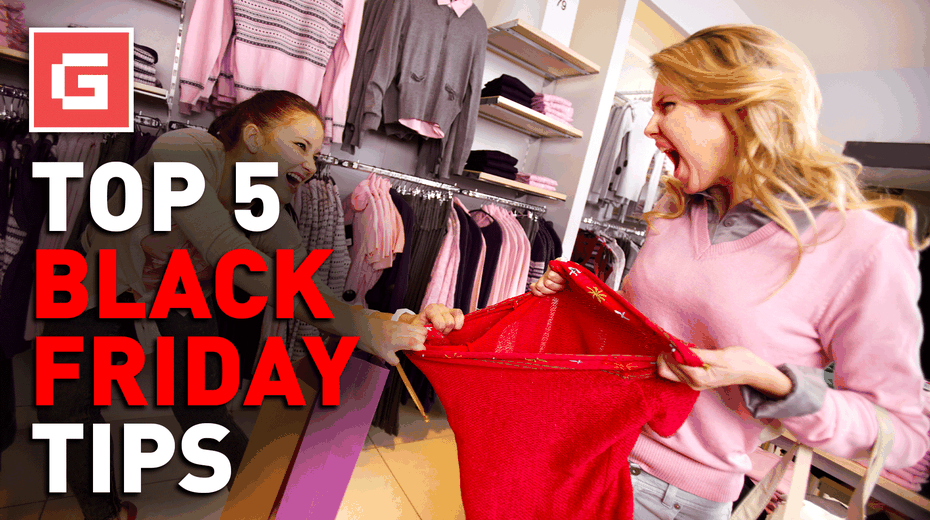