Minister of State for Climate Change Zartaj Gul on Wednesday said the Ministry of Climate Change would establish 23 Miyawaki urban forests across the federal capital which would help enhance the green cover of the metropolis.

Minister of State extended her gratitude to the Australian High Commissioner Dr Geoffrey Shaw for donating a Miyawaki forest of 1,200 trees to be established at the F-9 Park here while jointly inaugurating the plantation with the Ambassador.

Speaking on the occasion, Zartaj said the Australian government had helped Pakistan in formulating its first Water Policy and was also helping in mitigating adverse drought impacts in Balochistan.

She said Miyawaki Forest in F-9 Park was a gift from the Australian High Commission that can grow in 10 years at a faster pace as compared to conventional forest growing in 30 years.

“Breathing in a good and clean ambience is our basic need and high green cover in urban areas ensures this fundamental requirement,” the Minister of State remarked.

Zartaj said over 750 million trees were being planted in the 10 Billion Tree Tsunami Plantation programme whereas, by the end of the season, we would be able to achieve the first billion trees’ target. 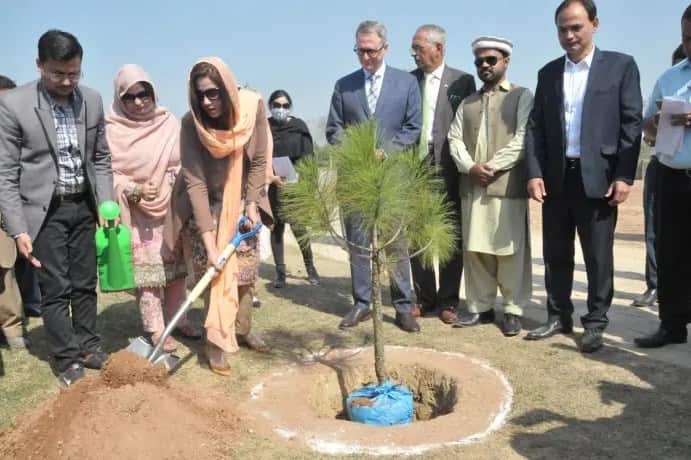 Highlighting the recent enforcement drive of the Plastic Bags Ban in the Capital, she said citizens would be fined Rs 5,000 on violating the Ban as the government had restricted the use of single-use plastic or polythene bags to end plastic pollution.

Commenting on the ongoing Senate Polls, she said, “Now I will go to the parliament to cast my vote and victory will be the destiny of Hafeez Sheikh.”

Addressing the inauguration ceremony Australian High Commissioner Dr Geoffrey Shaw said, “The Miyawaki Forest is a gift from the Australian Government to Pakistan. Planting trees and plants will make the environment of Islamabad more clean and pleasant.”

He added that the government of Australia was helping Pakistan to tackle climate change whereas apart from this region, the entire world was facing environmental degradation.

Talking to APP, the Ambassador expressed that Australia and Pakistan were facing equal challenges of water management and therefore, had a memorandum of understanding between the two governments for collaboration in this regard.

The Australian government was also assisting Pakistan in climate-resilient agriculture initiatives and water resource management to overcome the water crisis in the country. 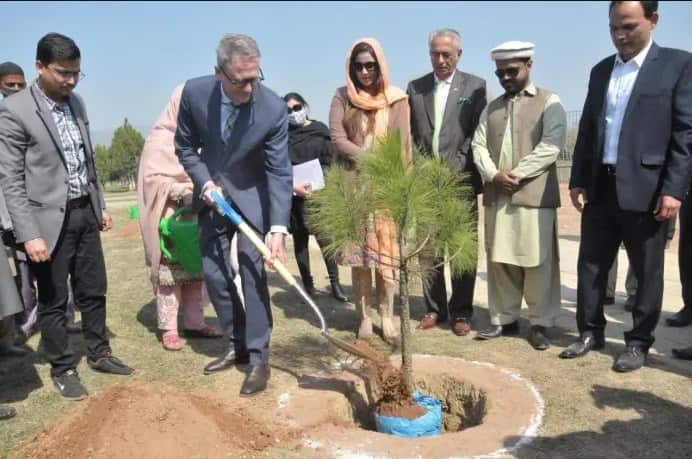